A new festival has been launched in Laois, to celebrate the rich history of aviation and exploration in the county. The Festival of Flight will run from the 7th to the 10th of April, with music events, arts and science workshops, history talks and films.

One of the main events of the weekend will be a live performance of The Impossible Dream, the suite of music composed by Martin Tourish and the young musicians of the Music Generation Laois Trad Orchestra to celebrate the life and achievements of the Portlaoise Aviator James Fitzmaurice. The piece will be performed as part of a special event at St Peter’s Church of Ireland Church in Portlaoise starting at 3pm on Saturday 9th April and will also feature talks on the history and future of aviation and exploration in Laois and Ireland. Tickets for the event are available via  the Dunamaise Arts  Centre, www.dunamaise.ie. The event is supported by Creative Ireland Laois, through the Creative Ireland Programme 2017-2022 in partnership with Laois County Council. 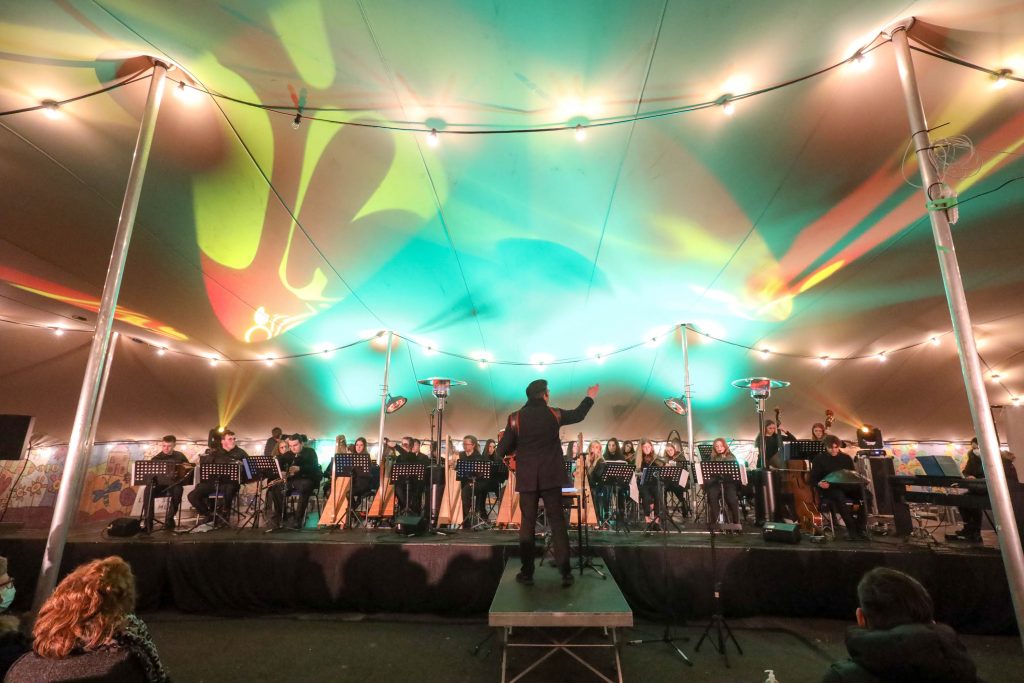 The Portlaoise Plane, the 100 year old artefact built in Portlaoise which was one of the first planes to fly in Ireland, will be on public display during the weekend, and there will be a ceremony to mark the 94th anniversary of the first east west transatlantic flight, including a parade from the Irish Air Corps and a fly past of historic and modern aircraft.

Teddy Fennelly, Chair of the Colonel James Fitzmaurice Commemoration Committee, organisers of the festival said “We are delighted that the Portlaoise Plane will be accessible to the public again during this new Festival. As well as being a valuable artefact on its own right, the Portlaoise Plane is linked to Portlaoise’s other major aviation story: A young James Fitzmaurice records in his memoirs that he witnessed the construction of the plane and was also present when it made its first short experimental flight. This early exposure to the excitement of flight was credited by Fitzmaurice with inspiring him in his career as a pioneering aviator. This links the Portlaoise Plane directly with the first east-west transatlantic flight – elevating the story and confirming the place of Portlaoise as the centre of Irish aviation history.” 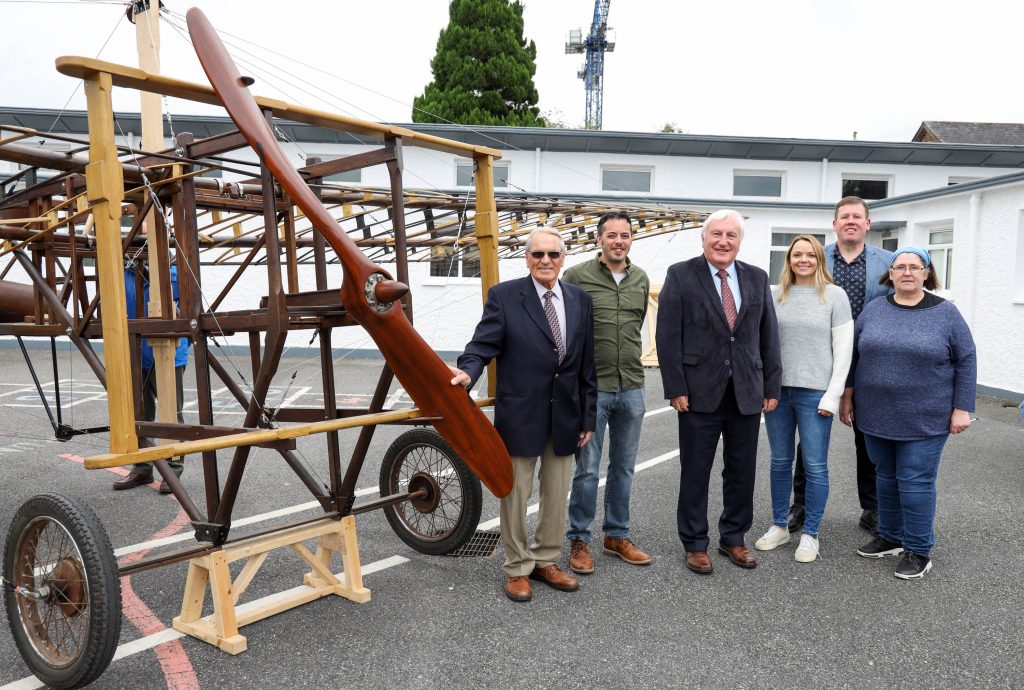 Former Chairman of the Heritage Council Michael Parsons said “The Heritage Council encourages national and local exploration and appreciation of Ireland’s rich natural, built and cultural heritage. The Portlaoise Plane tells a story of exploration, bravery and derring do, that should make the Aldritt, Conroy and Rogers families very proud of their ancestors. All of us in Laois and Ireland can join in celebrating this great story of these pioneers of Irish Aviation. The Heritage Council commends Laois County Council for its warm support of the Portlaoise Plane. I personally wish that the plane will soon be on permanent display where it belongs – here in Portlaoise”.

The festival will also feature a networking meeting of senior aircraft technical professionals in the field of aircraft leasing at Bloom HQ in Mountrath, drawing together the history of aviation in Ireland with its bright future.

Alan Phelan, CEO of APTN.aero and committee member of the Col Fitzmaurice Commemoration Committee said “Being situated at the crossroads of Ireland, Laois is an ideal venue to bring aviation professionals together outside of their normal work environments in both Shannon and Dublin. It also showcases how Interconnected Hubs such as Bloom HQ can be used by large organisations to embrace the blended working model to improve our work-life balance.”

As part of the festival, schools and families will be offered the chance to participate in a range of workshops exploring all aspects of flight, from the science of superheroes to the biology of flight in the natural world to flights of fancy with imagination and creativity. 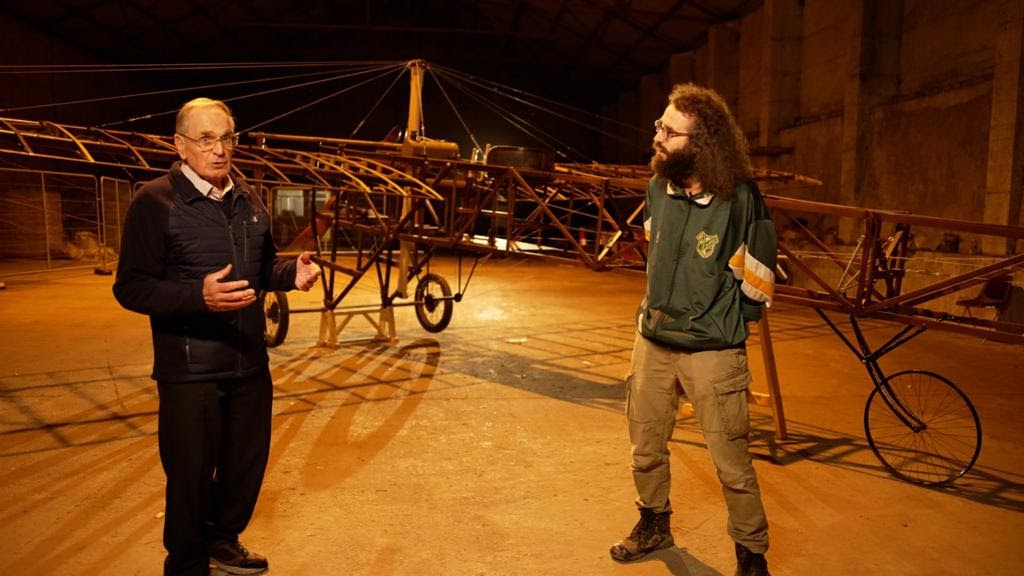 “Science at Home” with Dr Dan Nikstrom will feature Teddy Fennelly and the Portlaoise Plane, to premiere at the Festival of Flight

Catherine Casey, Heritage Officer with Laois County Council said “We are delighted to be working with our friends in Midlands Science again to deliver science based workshops, exploring the science of flight, and at the other end of the spectrum we want to really open up everyone’s imagination to the creative and playful side of flight, with arts workshops supported by Creative Ireland Laois. We have a call out for artists open at the moment and we’d love to hear from anyone who can create and deliver workshops that will inspire children & young people to creatively and imaginatively respond to the theme of ‘flight’. All details are on the festival website, www.laois.ie/festivalofflight“.

Sean Murray, Chair of Laois Heritage Society said “this is a great way the celebrate our shared heritage with a focus on the history of flight, of which our County, has had a proud and profound impact in days gone by. Perhaps as a landlocked County we have looked to the sky and this festival will help to put Laois back on the radar going forward. The society will organise historic talks which will exhibit aspects of our contribution to aviation history and we look forward to working with all our partners on this unique project.”

The Festival of Flight is led by the Col Fitzmaurice Commemoration Committee, which is made up of Teddy Fennelly, Alan Phelan, Michael Parsons, Louise Cahill, PJ Kavanagh, Sean Murray and Catherine Casey. The event is being run in partnership with Laois County Council, Laois Heritage Society, Music Generation Laois, the Dunamaise Arts Centre and Midlands Science, and is supported by Creative Ireland Laois as part of the Creative Ireland Programme 2017-2022 in partnership with Laois County Council and the Heritage Council. 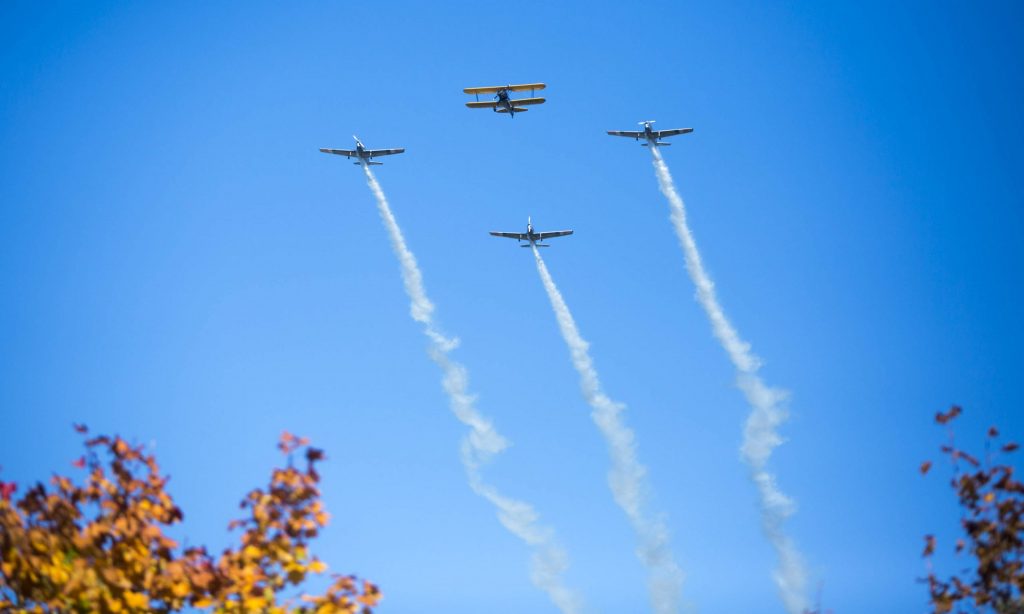 For details of all events across the Festival, see www.laois.ie/festivalofflight.