A short history of Laois

The first people in Laois were bands of hunters and gatherers who passed through the county about 8,500 years ago. They hunted in the forests that covered Laois and fished in its rivers, gathering nuts and berries to supplement their diets.

Next came Ireland’s first farmers. These people of the Neolithic period (4000 to 2500 BC) cleared forests and planted crops. Their burial mounds remain in Clonaslee and Cuffsborough.

Around 2500 BC, the people of the Bronze Age lived in Laois. They produced weapons, tools and golden objects. Visitors to the county can see a stone circle they left behind at Monamonry, as well as the remains of their hill forts at Clopook and Monelly. Skirk, near Borris-in-Ossory, has a Bronze Age standing stone and ring fort.

The next stage is known as the pre-Christian Celtic Iron Age. For the first time iron appeared in Ireland, as factions fought bloody battles for control of the land. At Ballydavis, archaeologists have discovered ring barrows that date from this time period.

By the first century AD, Laois was part of the Kingdom of Ossory. The county was divided roughly into seven parts, which were ruled by the Seven Septs of Laois: O’More (O’Moore), O’Lalor, O’Doran, O’Dowling, O’Devoy (O’Deevy), O’Kelly and McEvoy. 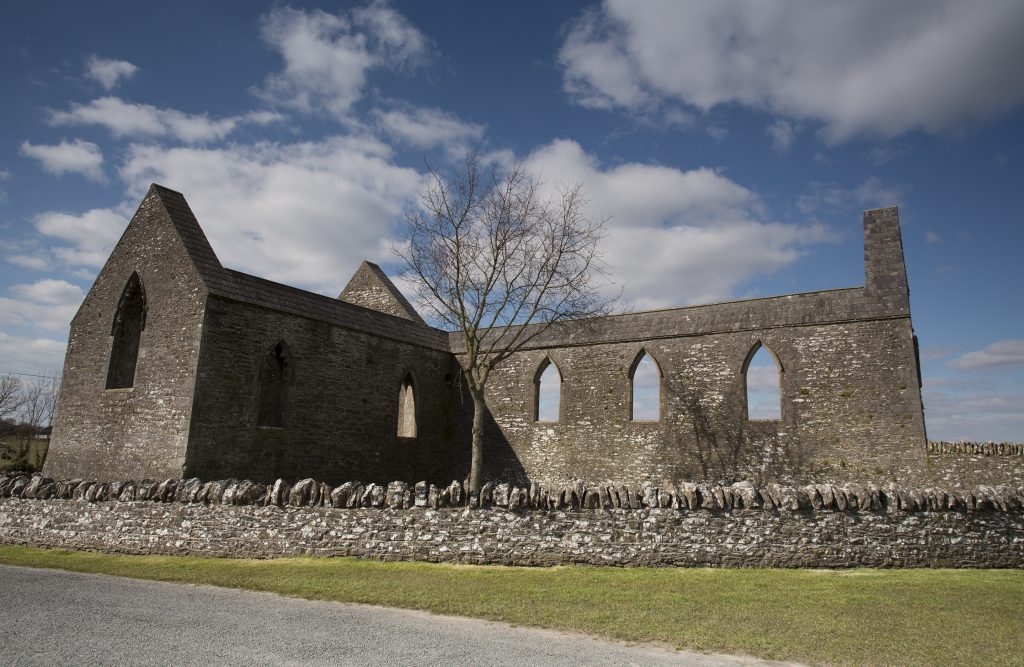 After 1150, the continental Roman Catholic Church began to assert its authority over the independent churches of Ireland. As religious orders with strong ties to Rome replaced older religious communities, the wooden buildings of the early Christian churches in Laois gave way to stone monasteries. The Augustinians and Dominicans established themselves at Aghaboe Abbey, while the Cistercians took over an older religious community at Abbeyleix.

Around the same time, the Normans seized control of most of Ireland. In Laois, the fortress on the Rock of Dunamase was part of the dowry of the Irish princess Aoife, who was given in marriage in 1170 to the Norman warrior Strongbow. Advancing Normans surveyed the county from wooden towers built on top of earthen mounds, known as mottes. They also built stone fortresses, such as Lea Castle, just outside Portarlington. Several of the county’s towns were first established as Norman boroughs, including Castletown, Durrow and Timahoe.

From 1175 until about 1325, Normans controlled the best land in the county, while Gaelic society retreated to the bogs, forests and the Slieve Bloom Mountains. The early 14th century saw a Gaelic revival, as a burst of force from the Irish chieftains caused the Normans to withdraw. The Dempseys seized Lea Castle, while Dunamase came into the ownership of the O’Mores. Tower houses belonging to Irish chieftains survive at Ballaghmore and Cullahill, both decorated with Sheila-na-gigs. 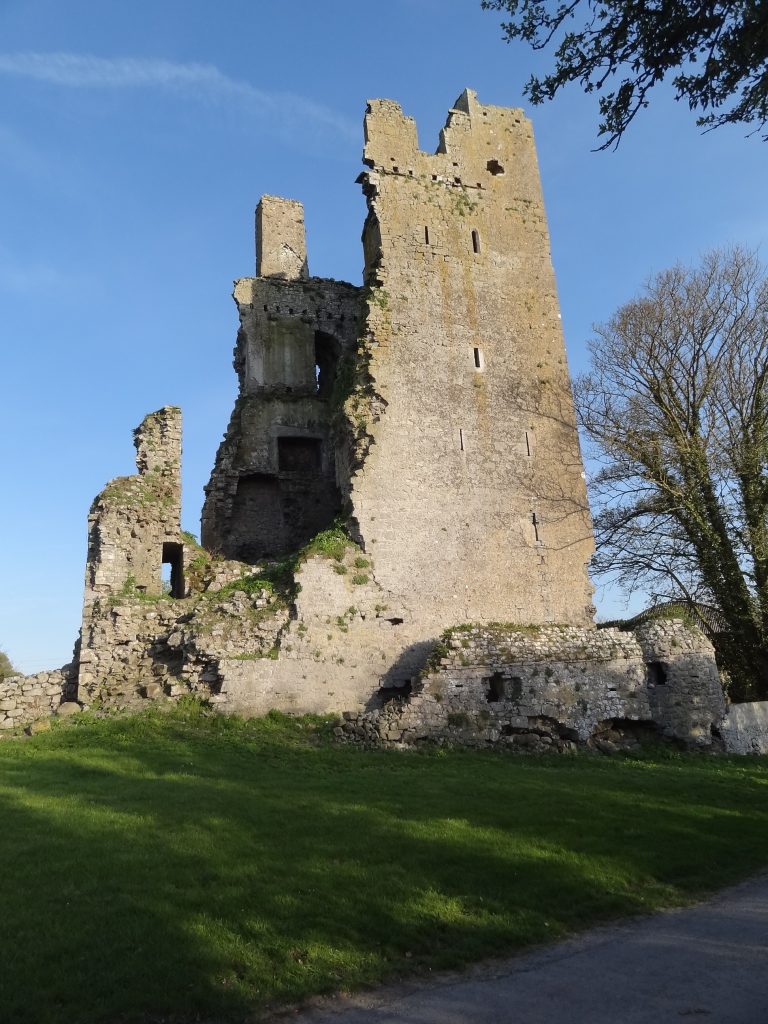 In 1548, English warriors confiscated the lands of the O’Mores, and built “Campa,” known as the Fort of Leix, today’s Portlaoise. In 1556, the town was named Maryborough and Laois renamed Queen’s County in honour of the English queen, Mary Tudor. The queen also issued orders for the plantation of Laois with English settlers. Irish chieftains, in particular Owny MacRory O’More, fought the English. But after the Battle of Kinsale in 1601, the power of the Gaelic chieftains was broken and by 1610, most of Laois’s Irish nobility had been transported to Connacht and Munster. Catholic tenants and landless labourers remained behind and served the Protestant settlers who now owned the land.

During the English Civil War, Cromwell’s forces raged through Laois, destroying tower houses that still belonged to Catholic landowners. After Cromwell’s death, Laois became a refuge for outcasts and political refugees. In 1659, a group of Quakers settled in Mountmellick, while a group of Huguenots were given refuge in Portarlington in 1666.

What followed was a period of relative calm. Anglo-Irish landowners enclosed the land and built fine houses, including Durrow Castle, Heywood House and Emo Court. Fine Georgian houses came to line the streets of prosperous county towns. And in 1836, a branch of the Grand Canal stretched to Mountmellick, further stimulating industry in that bustling town.

The Great Famine of 1845-49 devastated the county. The county’s workhouses could not cope with the number of destitute people seeking shelter. By the time the workhouse opened at Donaghmore in 1853, many of the poorest had emigrated or died. 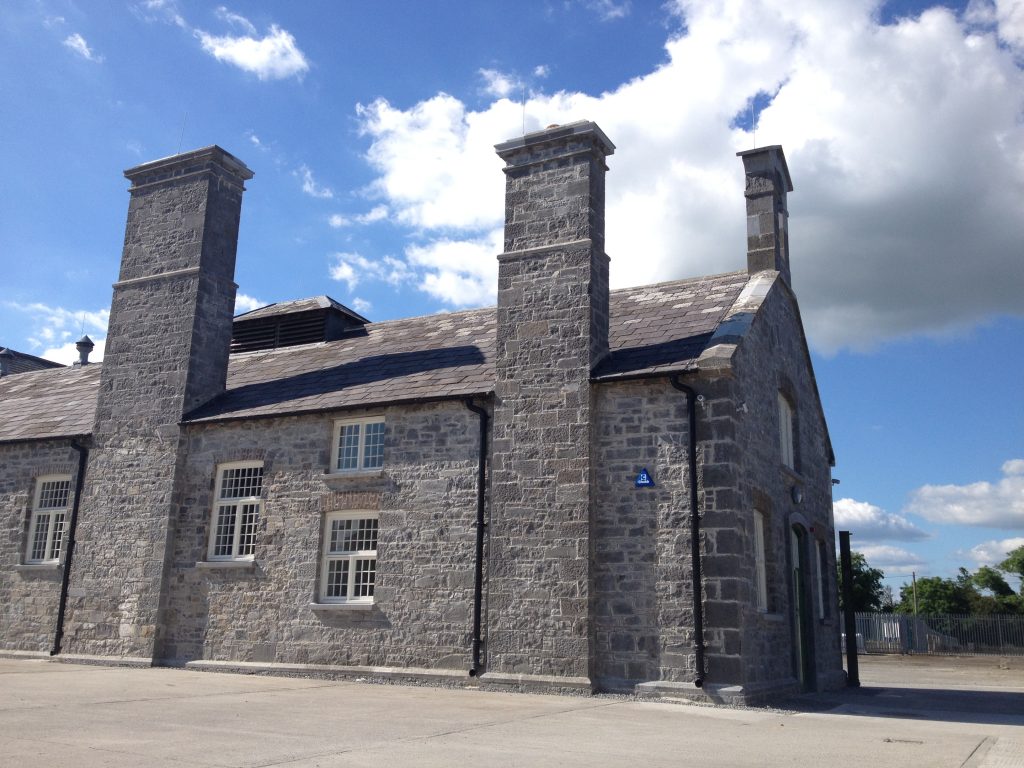 Crop failures in the 1860s and 1870s, along with increasing levels of debt, caused tensions between the county’s landlords and their tenants to grow worse. Michael Davitt and Charles Stewart Parnell travelled through Laois recruiting for the Land League. This confederation of activists, farmers, shopkeepers and clerics asserted tenants’ rights and opposed the landlord system. From 1880 to 1881, a Land War convulsed the county, as members of the Land League challenged the authority of the landlords. Evicted tenants and other destitute people filled the county’s workhouses. After the Land Act of 1881, tenants and landlords formed an uneasy truce.

By the foundation of the State in 1922, Celts and Vikings, Gaelic lords and Norman knights, monks and Huguenots, landlords and land leaguers, had all left their mark on this county. The new Ireland gave the county its old name back. Queen’s County was once again County Laois.