In 2018, Laois County Council was successful in obtaining funding from the Heritage Council under the Historic Towns Initiative. The project has seen the transformation of Fort Protector and Fitzmaurice Place at the historic core of the town, over several phases.

The first phase of works focussed on Fitzmaurice Place, creating a high quality public space, with pollinator friendly planting, and conserving the walls of the 16th Century Fort Protector. Phase I of the project is now complete, and the second phase at Tower Hill is underway. This will see the extension of public realm improvements and masonry conservation up Tower Hill and around into Railway Street. 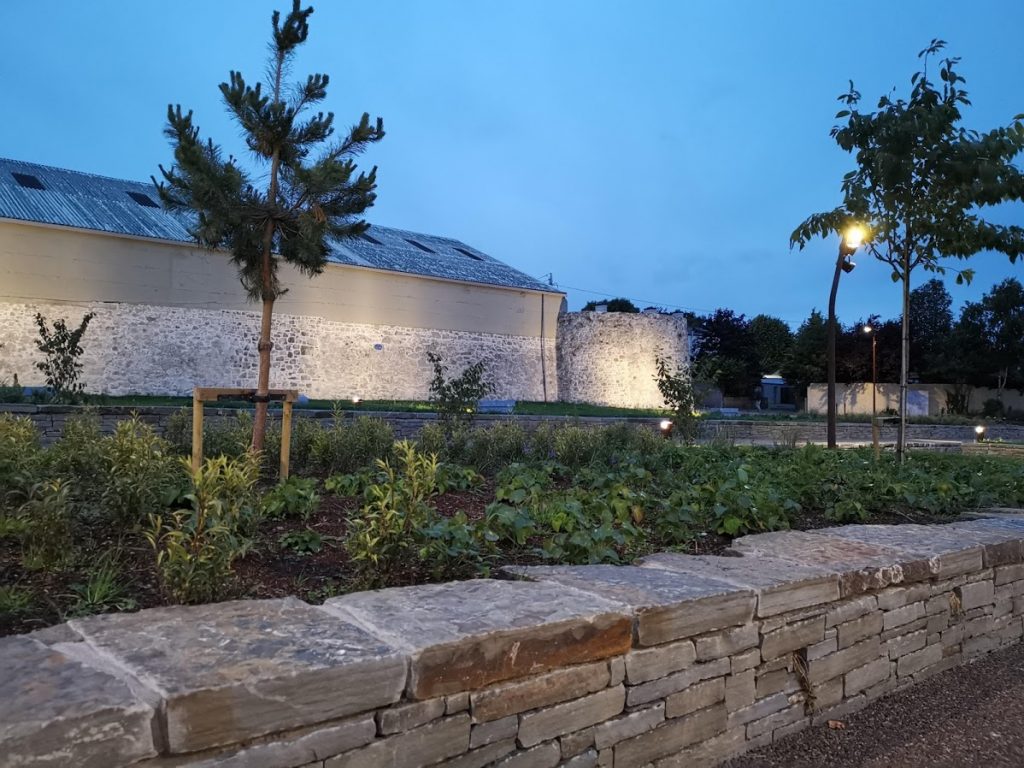 Conservation of Fitzmaurice Place aimed to create a space for community us which made the most of the setting of Fort Protector while also creating habitats for pollinators at the centre of historic Portlaoise.

During archaeological monitoring of works at Tower Hill as part of this project, Colm Flynn Archaeology discovered a number of exciting finds relating to the origin of the Fort and its time as a military garrison.

Full details of the 2021 excavation (licensed by the National Mouments Service) are here.