The 2021 Laois Short Film Bursary was awarded to Swandive Productions for their short film Superhuman.  The film explores universal themes, with a micro lens on para-athletics and being black and living in Ireland.  After being rejected from professional football and diagnosed with a degenerative eye disease, an African-Irish secondary school student is guided towards para-athletics and a new identity.  It showcases a young person overcoming great challenges, as well as people giving support to those who need it most.  It is a pertinent film and sheds light on new types of narratives and the lives of those that often go unseen.

The successful team awarded the bursary were writer/director Mícheál Fleming from The Swan and producer Michael-David McKernan.  Superhuman went into production in Laois from 25 – 27 March, 2022. 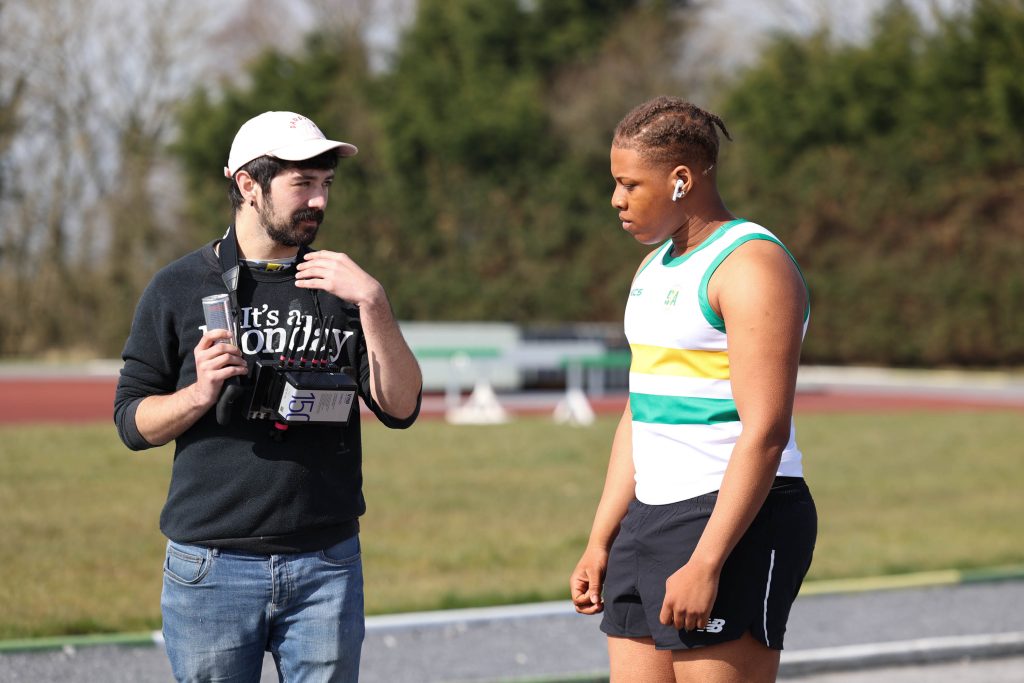 “I am delighted that the fruits of Laois’s inaugural short film bursary are to be screened at the Dunamaise Arts Centre. I would like to congratulate  Michéal Fleming and Michael-David McKernan from Swandive Productions for their film ‘Superhuman’. We in Laois County Council are keen to support film and filmmakers and foster talent, creativity and activity in filmmaking in the county.  ‘Superhuman’ is testament to the incredible talent that exists within the county, exploring new narratives through film, and showcasing the county as an ideal location for film projects.  This Laois premiere screening is a free event and all are welcome to join us for the screening.”

The inaugural Laois Short Film Bursary was launched in July 2021 and film teams across the country submitted scripts as part of the application process. Key criteria for eligibility is that one of the core creative team (Writer/Director/Producer) must be from or living in Laois, and that the film is made in Laois.

“I’m beyond proud to screen ‘Superhuman’ at the Dunamaise Arts Centre on Friday, 15 July, 7pm.  ‘Superhuman’ and my other film ‘Croí’ have been selected for their world premiere at Galway Film Fleadh in advance of the Laois screening, with both films having strong Laois contingents amongst the crew and also filmed in Laois.  Part of Superhuman was filmed a few hundred metres down the road from the Dunamaise Arts Centre at Portlaoise College. I’m delighted to get to showcase Laois and the hard work everyone put in to these films.” 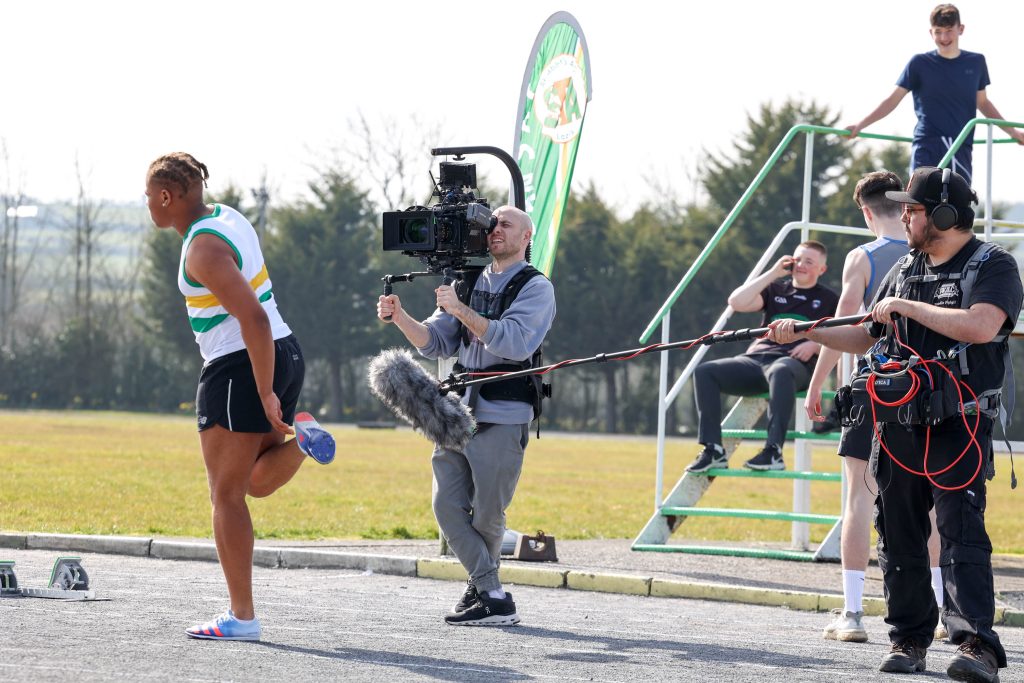 Esosa Ighodaro is recogisable for her TV roles in ‘Harry Wild’, ‘Kin’, ‘Smother’, ‘Taken Down’ (2018) and Irish drama film ‘Rose Plays Julie’. Aoibhinn McGinnity, well known for her role in Love/Hate, and John Cronin, a regular on Fair City.

“It’s so exciting for us to be back in Laois for the screening of ‘Superhuman’.  The film was made with the support of countless Laois locals and we can’t wait to share the fruits of our labour with the community.  We are also delighted that two of our cast,  Aaron Edo  and Esosa Ighodaro will join us for this special Laois screening. ”

The ‘Superhuman’ screening takes place at Dunamaise Arts Centre, Friday 15 July, 7pm. It is free but booking is essential. Ring the box office at 057 866 3355 or book online at www.dunamaise.ie.  ‘Superhuman’ is supported by Creative Ireland Laois as part of the Creative Ireland Programme in partnership with Laois County Council. And in association with The Film Fund and Maestro Filmworks.

The third round of the Laois Short Film Bursary Award will be open to writers, directors and producers early in 2023. Requirements include submitting a high quality script / screenplay that reflects aspects of Irish experience across different generations, gender, ethnicities, class and landscapes, and is situated in Co Laois.  For more information contact the Arts Office, Laois County Council at artsoff@laoiscoco.ie and/or follow Creative Ireland Laois on Facebook, Twitter & Instagram. 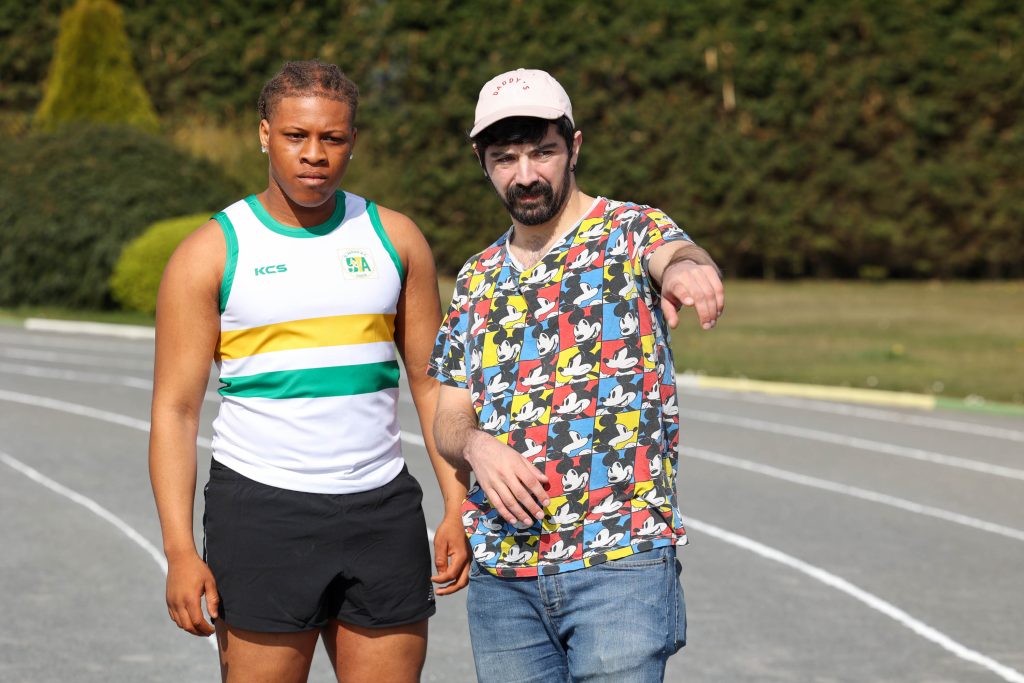