The committee of Portlaoise Tidy Towns working in partnership with Laois County Council has received an award from the Adopt  Monument Scheme of the Heritage Council, in recognition of their tremendous work in the conservation of Old St Peter’s Graveyard at the heart of historic Portlaoise.

Speaking at the presentation of the award Gerry Brown, Chair of Portlaoise Tidy Towns Committee said “We are delighted to receive this award and even more delighted with what it represents – the successful completion of our campaign to get Old St Peter’s Graveyard conserved and ready to open to the public. I’d like to pay tribute to all the people who have been involved with this project over the years in sourcing funds and ensuring that Old St Peter’s could be brought back to the beautiful reflective community space that it is today”. 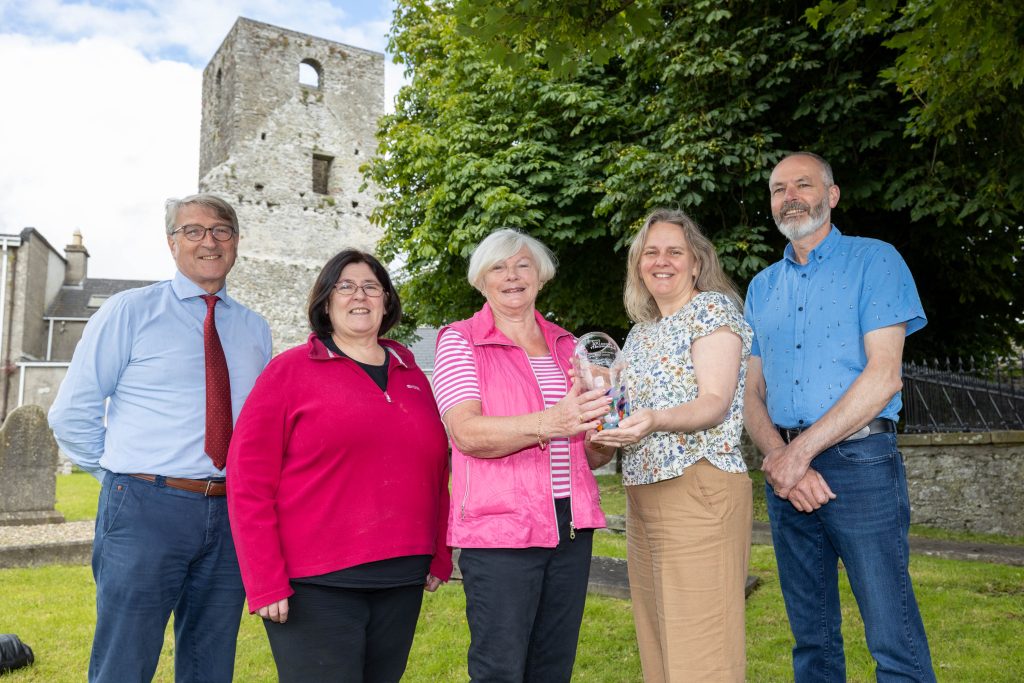 The Committee invited Patricia Lodge, wife of the late Cllr Jerry Lodge to accept the award on their behalf, in memory of Jerry’s pivotal role in getting the conservation project at the site started, a number of years ago.

Thomasina Connell, Cathaoirleach of Laois County Council said “I am delighted to welcome the completion of the conservation project at Old St Peter’s Graveyard. I know this newly conserved space will be well used and warmly welcomed by the people of Portlaoise. I was delighted to see the committee pay tribute to my late colleague Cllr Jerry Lodge, and I’d like to add my words of thanks to both the committee and the Lodge family for the enormous role they have played in this project. I’d also like to congratulate the sections within Laois County Council who have collaborated to deliver this complex and important project.” 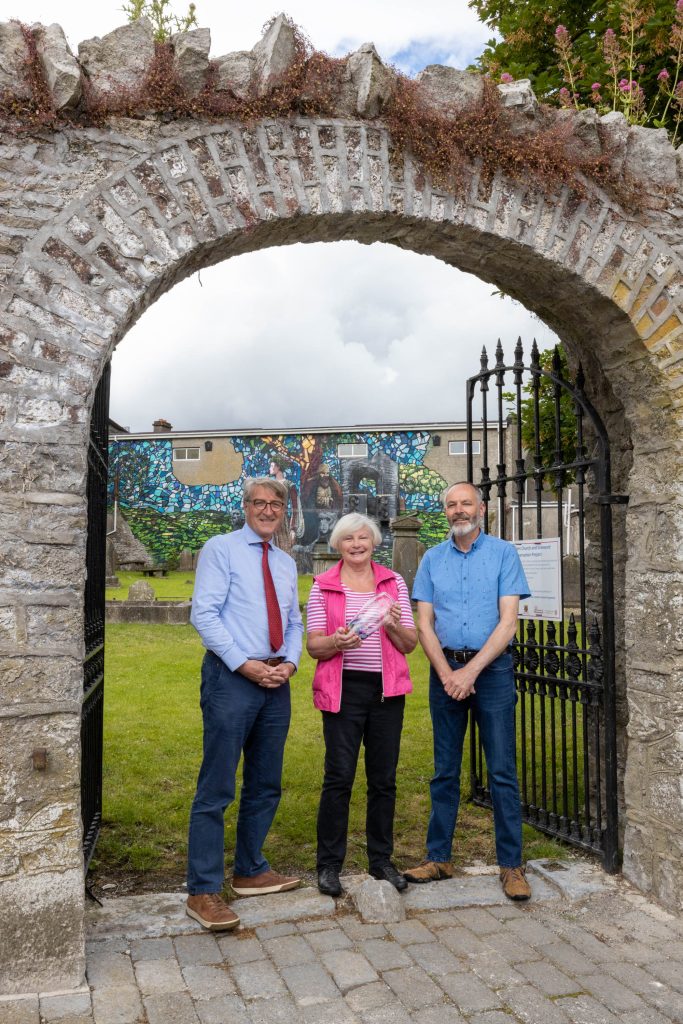 Dr Sharon Greene of the Adopt a Monument Programme said “The Heritage Council Adopt a Monument mentor’s award has been given to Portlaoise Tidy Towns Committee in recognition of their remarkable achievement in conserving and presenting Old St Peter’s graveyard. It can sometimes be forgotten how much time and effort can go into a project like this, as well as the knowledge and experience gathered along the way. Portlaoise Tidy Towns Committee are in a position to share that knowledge and experience with others as a Mentor Group in the scheme and will no doubt carry on to achieve more themselves.”

The Old St Peter’s Conservation Project is a Partnership Project of Portlaoise Tidy Towns and Laois County Council, supported by the Heritage Council, the Community Monuments Fund and the Urban Regeneration and Development Fund. 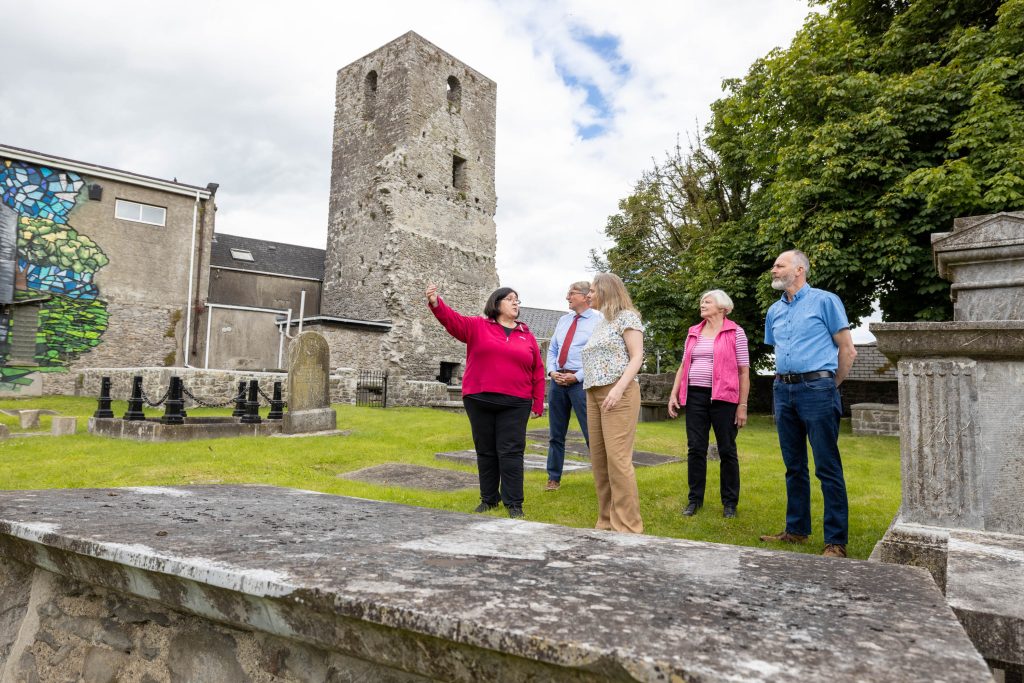