A major new publication on the Rock of Dunamase “The High Fortress” edited by Peigin Doyle and published by Wordwell Books was published in Portlaoise last night (23rd November 2022). 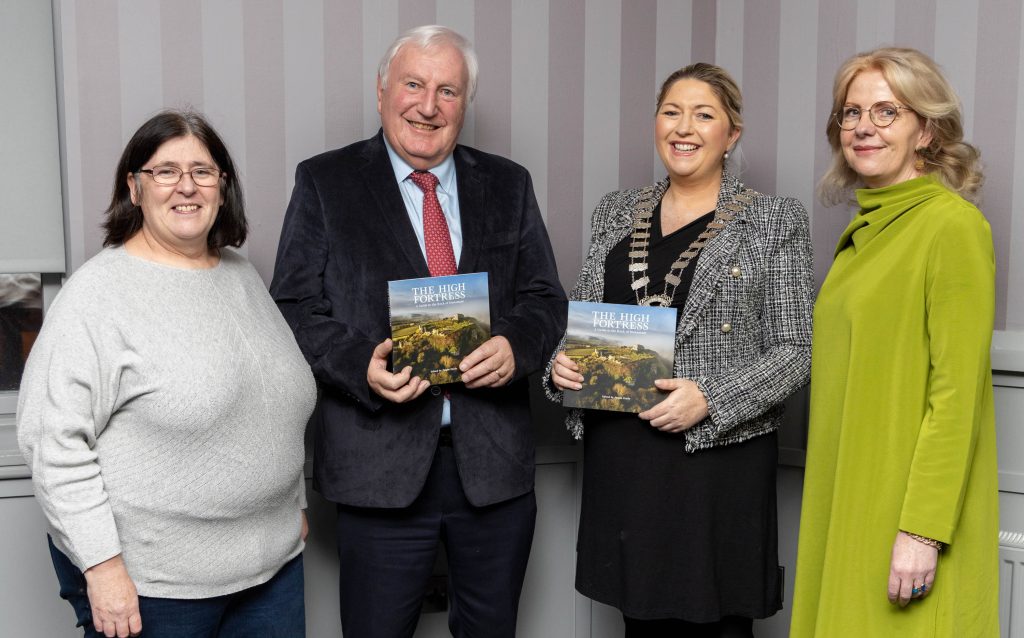 The book is the result of a collaborative process between the Laois Heritage Forum and authors working with Editor Peigín Doyle. Peigin is an author and journalist whose specialist areas are history, heritage, and archaeology. The contributing authors are:

Dr John Feehan, author of “Laois, an Environmental History” and “The Geology of Laois and Offaly”;

Brian Hodkinson an archaeologist who has directed key Irish excavations such as the Rock of Cashel, Nenagh Castle and on Dunamase itself. 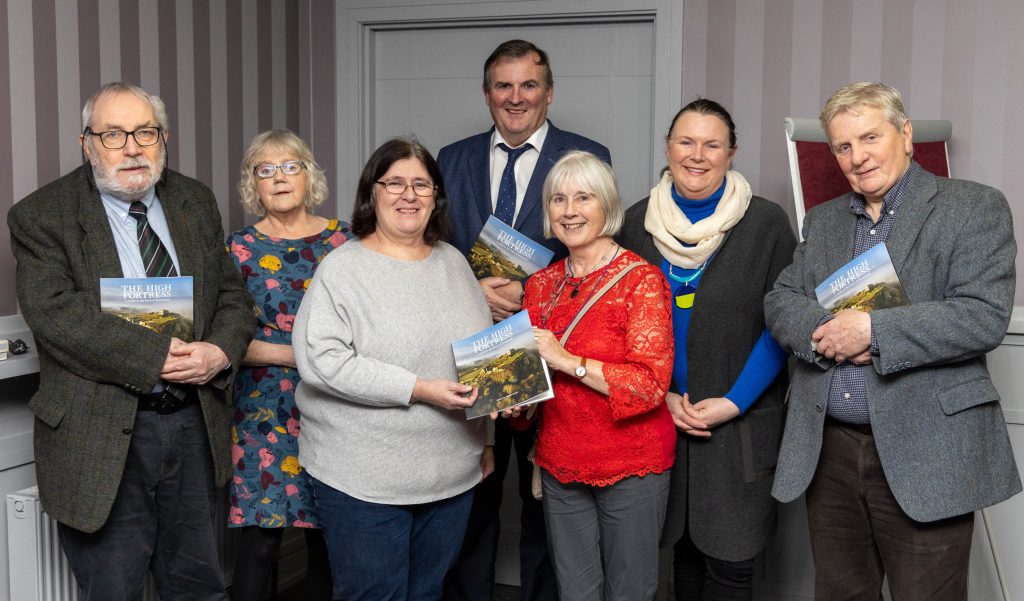 The ruins of an Anglo-Norman fortress built over an Early Christian Irish dún, Dunamase was fought over, occupied, fortified, reinforced, seized, abandoned, and blown up. Today, silhouetted against the Laois skyline, it has the power still to stir imaginations. Plundered by Viking raiders in 843AD, it became the dowry of Aoife, the bartered daughter of Diarmait Mac Murchada, when she married Richard De Clare, Strongbow, as the price for the Anglo-Norman invader restoring Diarmait as king of Leinster.

Fortified by a murder hole, arrow slits, portcullis, drawbridge and high protecting walls, the struggles between Gaelic Irish versus invading forces played out around the fortress of Dunamase for centuries. Weapons and armour, buckles and spurs, gaming pieces and arrowheads, Gaelic metalwork and medieval coins, all unearthed in excavations, bear witness to its role as a focal point for critical events in Irish history.

Chief Executive of Laois County Council John Mulholland thanked each of the authors for their insight, and dedication into getting all aspects of the human and natural history of this site right. He particularly mentioned the photographers, illustrators and image owners who allowed images to be used in this publication – saying that the imagery really lifts the whole publication beyond the ordinary. Archaeological illustrator Dan Tietzsch Tyler  contributed the wonderful reconstruction drawings of what the castle might have looked like in the 13th century, which help to bring the site to life for readers and visitors.

Speaking at the launch, Michael Parsons of Laois Heritage Society thanked the members of Laois Heritage Forum who have been working on the book for several years, and also commended the support of the Heritage Council in supporting and developing all aspects of the heritage of Laois over the last number of years. 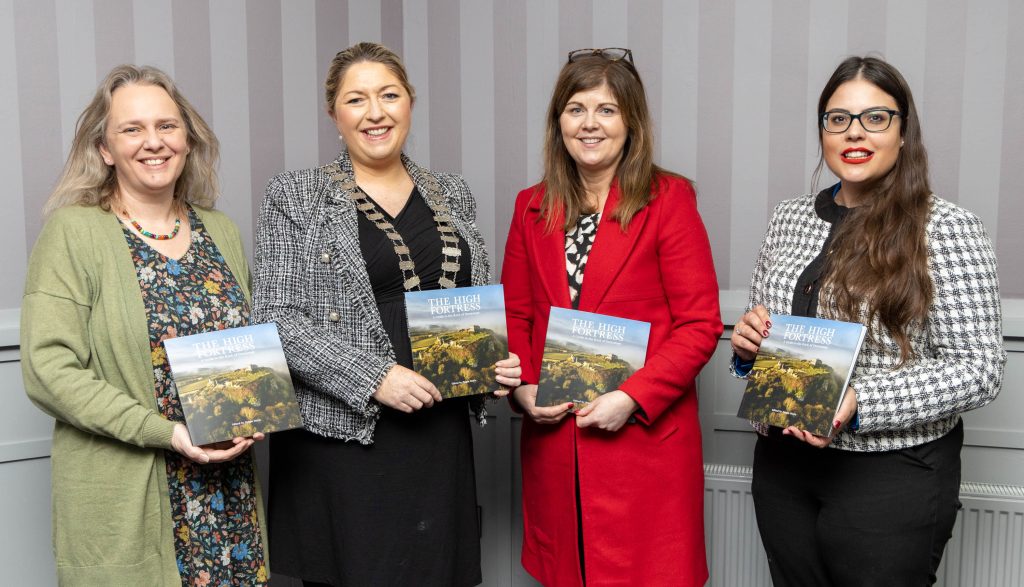 The attendance at the launch of The High Fortress: A Guide to the Rock of Dunamase.
Picture: Alf Harvey.

The book is available from local bookshops and can be ordered online from wordwellbooks.com

Author(s): Peigin Doyle. A Guide to the Rock of Dunamase.