Once known as the Manchester of Ireland, Mountmellick is a town of fine buildings and the home of a uniquely Irish textile art, Mountmellick Work.

The foundation of the town was laid by members of the Society of Friends, also known as Quakers. In 1659, William Edmundson settled in Mountmellick and started a tannery. Other Quakers set up malting, brewing, spinning and weaving enterprises. Weaving became one of the town’s major industries. By the mid-1700s, Mountmellick was a leading centre of textile production in Ireland.

Pims was the town’s main industrial firm. Its enterprises included malting, brewing, baking, tanning, and the manufacture of glue, snuff and candles as well as wholesale and retail businesses.

Mountmellick experienced a boom in 1836, when a branch of the Grand Canal opened, linking the town with markets throughout Ireland and beyond.

The rich architectural heritage of Mountmellick tells the story of the town’s growth. The oldest surviving dwelling is Johns Pim’s house on Harbour Street, built in 1686. Other fine houses from the 1700s reflect the wealth of the town’s first merchants. A number of houses on Lord Edward Street were built in the 1800s for the staff of the Grand Canal Company. 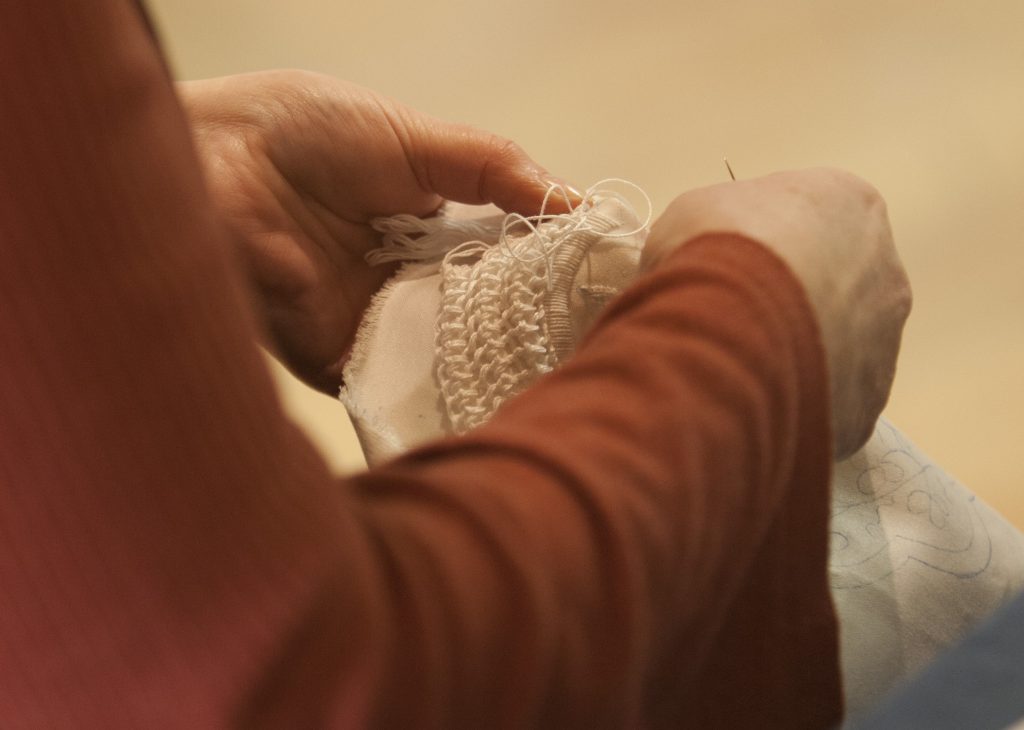 Mountmellick Work, a white-on-white embroidery technique, was invented in the early 1800s by Johanna Carter. Wanting to give Irish women a way to earn money, she set up a small school in Mountmellick to train them in this craft. Today, a fine community-run museum displays examples of Mountmellick Work.