A new project which aims to engage the community of Abbeyleix with action for climate change was launched on Saturday 10th October.

Science Communicator Dr Niamh Shaw has been appointed to work with the community in Abbeyleix and met with community representatives on Saturday. Abbeyleix Tidy Towns had been selected as the group to work with Niamh, following a public call for applications earlier this year, and representatives of the group met in the beautiful setting of the Abbeyleix Community Garden to discuss climate action and how to engage the local community with this thorny topic in new and creative ways. 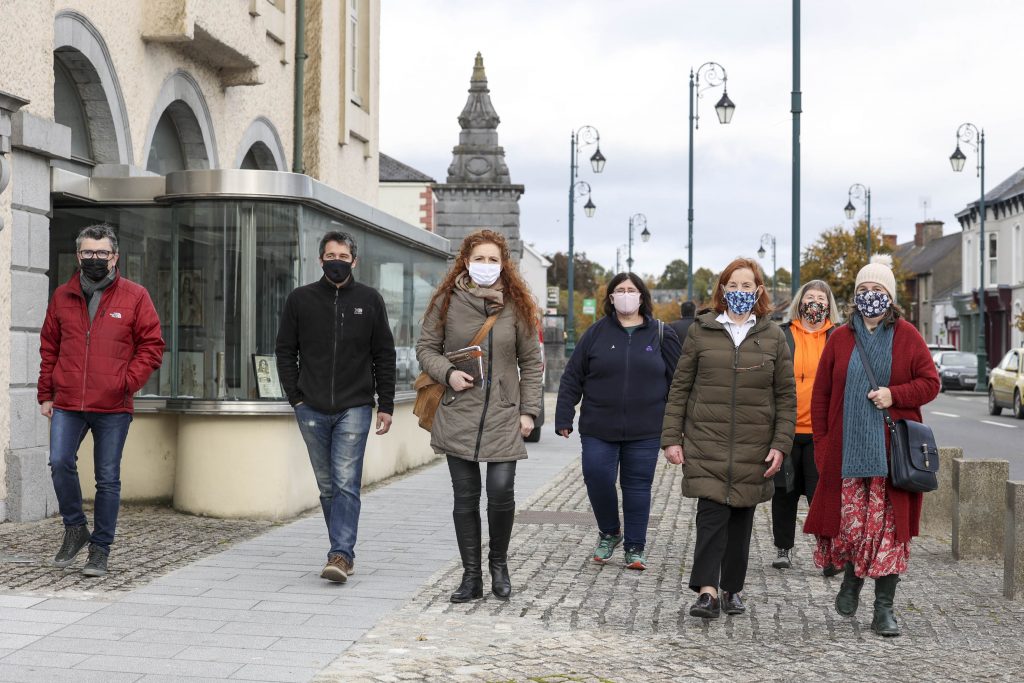 Robbie Quinn, Chair of Abbeyleix Tidy Towns said “Abbeyleix Tidy Towns is delighted to have the opportunity to work with Dr. Niamh Shaw on this exciting project. Abbeyleix is well known as an important Heritage Town and we now intend to work closely with Niamh to become equally well known as a model green/sustainable town. I would like to take this opportunity to thank Laois County Council, Midlands Science and Creative Ireland Laois for their support in getting this project off the ground.”

In the afternoon, Niamh met representatives of other local groups including Abbeyleix Bog Project, Abbeyleix Heritage House, Abbeyleix Park Development, and Abbeyleix Community Garden. To comply with public health guidelines, the meetings were held outside, and numbers in attendance were below 15. The project group were delighted to take a guided tour of Abbeyleix Bog with Chris Uys, and hear about how successful restoration work at the bog is paying dividends in terms of both reducing carbon in the atmosphere and biodiversity.

An award-winning science communicator, writer, performer, engineer and scientist, Dr Niamh Shaw is a passionate advocate of sustainability and women in science. She has consulted on projects with European Space Agency, Arts@CERN, Lottie Dolls and The Ark Children’s Centre and has been making work for the public for over 10 years with podcasts, videos, public talks, family events, workshops, social media, and chatting on TV and the radio.  Niamh presents space and Earth-themed content for younger viewers on RTÉ television’s “Home School Hub” to support families who are homeschooling during the pandemic.

Speaking at the project launch, Niamh said “It’s an important time for us all to consider how to make lasting and positive change to our local environment and ultimately our planet and I’m delighted to be working with the community of Abbeyleix on such a vital topic. The town has already achieved extraordinary initiatives that focus on climate action, and it’s my job to spread the word and get the local community more involved. Let’s see what we can possibly create together over the next six-months of my science communicating residency.”

The project is a partnership between Abbeyleix Tidy Towns, Laois County Council, Creative Ireland Laois and Midlands Science. Catherine Casey, Heritage Officer and Creative Ireland Co-coordinator with Laois County Council said “We are delighted to have Niamh on board to help us to bring the community together to engage with climate change in a new way. We hope that looking at the issue in a creative way will help it to resonate more personally with people, and seem a bit less overwhelming. The Creative Ireland Programme gives us great scope to explore topics in new ways and a huge subject like climate change is one that definitely needs a creative approach”. 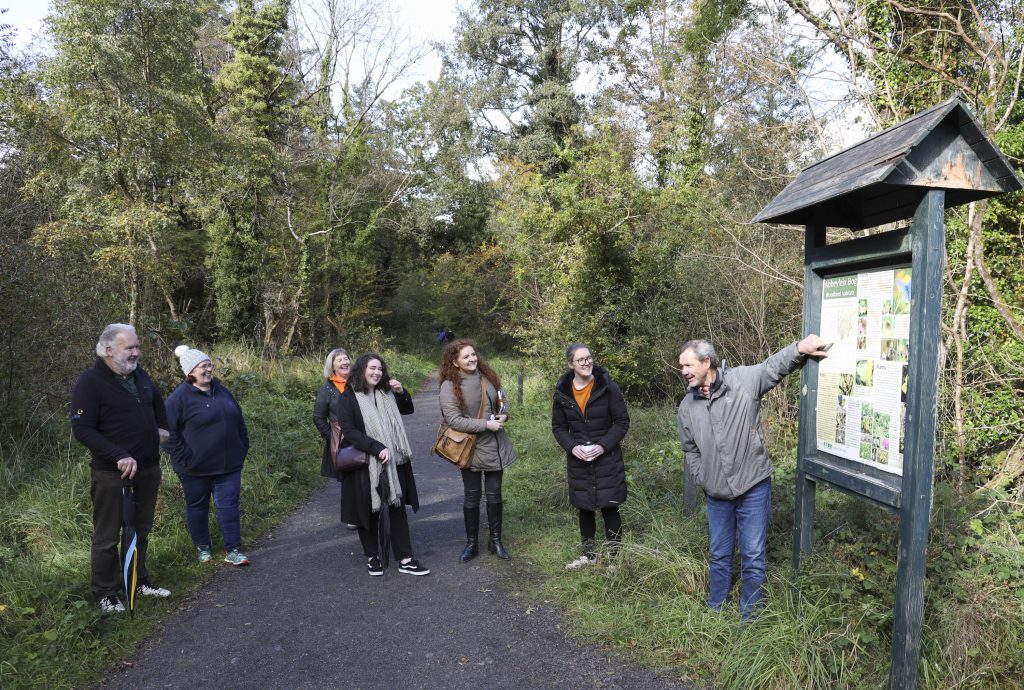 Jackie Gorman CEO of Midlands Science said “We are really pleased to collaborate with Laois County Council, Creative Ireland and Abbeyleix Tidy Towns on this exciting new project which will focus on how a community can engage with the science of climate action and affect change locally. Midlands Science has been working locally on various science outreach projects within schools and the community in recent years to help people to engage with the science of climate change and to understand how we as individuals can have an impact on climate change. One of the best ways we can enable our society to address climate change effectively is to raise our overall level of scientific literacy and engage in actions and discussions on issues such as energy, diet, travel and clothes, informed by science and concerned with a sustainable future for everyone.”

The Abbeyleix Climate Action project team is working to bring together interested people and groups for a series of presentations during Science Week in November, and is very interested in hearing by email from anyone with an interest in climate action in Abbeyleix, or the wider Laois area.