The Light Within – An Irish Quaker Story

The Laois Short Film Bursary of €10,000 has been awarded to Songway Films for their short film The Light Within. The film is a supernatural tale set in Rosenallis, Queen’s County, (Co. Laois) in 1780 where Lydia, a teenager must defy her Quaker upbringing to save her ailing younger sister. This is the first film to dramatize Quaker culture in Ireland. Principal Photography commences in the Autumn.

Laois Arts Officer and Creative Ireland Coordinator Muireann Ní Chonaill said:
“We are very pleased to present this bursary to Denis McArdle and David Butler from Songway Films for their film ‘The Light Within’. The panel were extremely impressed by the strength of their application and the opportunity to tell this Quaker story. We wish Denis and David every success in realising this concept to the big screen. We in Laois County Council are keen to support film and filmmakers and this short film bursary aims to foster talent, creativity and activity in filmmaking in the county. We hope that the film bursary will help in putting our county on the map as an attractive location to shoot film, with many skilled and talented Laois based people to support this industry.”

The successful team awarded the bursary consists of writer/director Denis McArdle from Dublin and producer David Butler from Portarlington. Denis McArdle is an award winning director and has experience making TV commercials, documentaries, and corporate work for the European market, and has created several short films funded by Screen Ireland and said:
“As a filmmaker, I am thrilled at the opportunity to be creating this subtle, period drama in Co. Laois, capturing not just aspects of local Quaker heritage, but also highlighting the natural beauty of the County itself, in all of its dramatic diversity. I am grateful to Creative Ireland Laois, for all their support, their goodwill and I’m looking forward to working with much local talent, both in front of and behind the camera.”

Producer, David Butler has a background in animation and worked on the BAFTA award winning Sir Gawain and the Green Knight. Most recently, he co-produced the WW1 drama short film The Land, currently in post-production, for Frame It Productions, and said:
“I’m looking forward to working with Denis on The Light Within to be set around Rosenallis, Co. Laois which historically held a strong Quaker presence. We are interested in finding new talents within Laois and the casting process will begin in the first two weeks of September with casting agent, Amy Rowan. Further information on how to get involved will be available on Creative Ireland Laois social media platforms.”

The next round of the Laois Short Film Bursary Award will be open to writers, directors and producers early in 2023. Requirements include submitting a high quality script / screenplay that reflects aspects of Irish experience across different generations, gender, ethnicities, class and landscapes, and is situated in Co. Laois. Key criteria for eligibility is that one of the core creative team must be from or living in Laois, and that the film is made in the county. The Short Film Bursary supports and encourages filmmaking within the county and is funded by Creative Ireland Laois as part of the Creative Ireland Programme in partnership with Laois County Council. For more information contact the Arts Office, Laois County Council at artsoff@laoiscoco.ie and/or follow Creative Ireland Laois on Facebook, Twitter & Instagram. 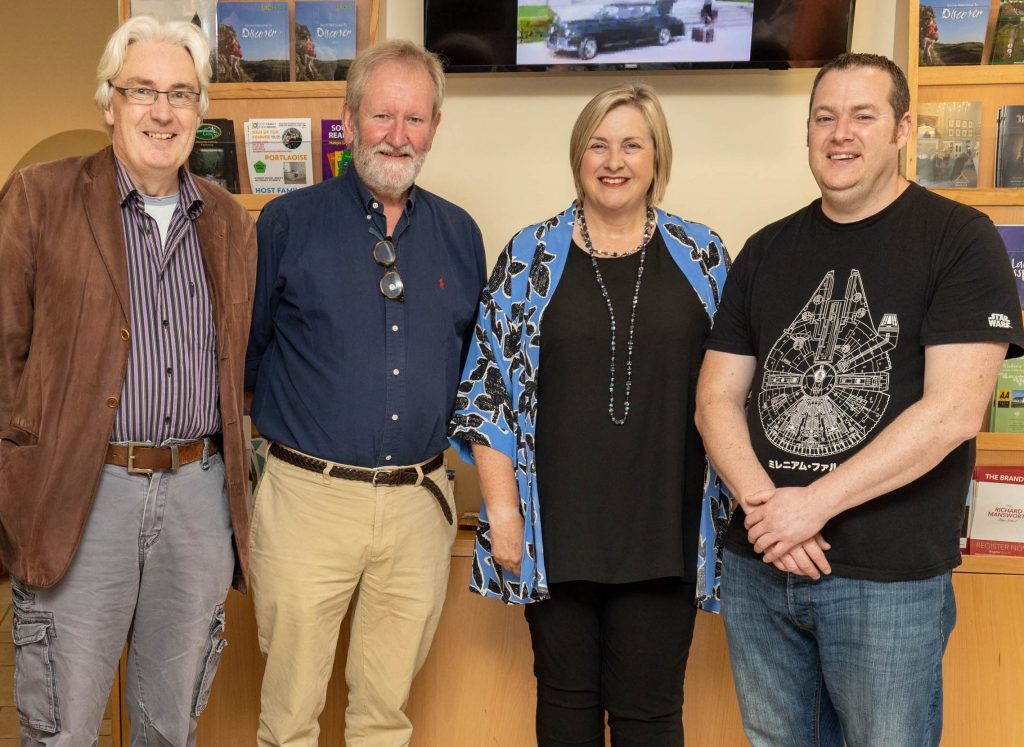