LLPPS 4 – Proposals are invited for Local Live Performance Programming Scheme Phase 4 in respect of live performances in Laois. All events must take place by 31st October 2022.  The scheme aims to support employment and wellbeing through the provision of live performances, engaging the services of professional artists, musicians, producers, crew and other staff working in the live commercial arts and culture sectors in Laois. Application forms and guidelines are now available to download. Please read guidelines before completing the application form.  Budget template needs to be completed and returned with the completed application form by the closing date of Friday 12th August before 5pm.

Laois County Council Local Live Performance Programming Scheme Phase 2 and 3 funded under the Department of Tourism, Culture, Arts, Gaeltacht, Sport and Media LLPPS Round 3 scheme have now been administered by the Arts Office, Laois County Council with a host of events that have run from October 2021 up to June 2022 throughout the County.

The funding scheme enabled events to happen throughout the County and in multiple settings.

Laois Local Live Performance On Screen Showcasing events from Phase 1  of the programme.

A very special film screening event was held in Dunamaise Theatre on Thursday 25th November.  Two collections of short films were screened, Laois is Live and The Centre is Where It’s At. The films were commissioned by Laois Arts Office and funded by the Funded by the Department of Tourism, Culture, Arts, Gaeltacht, Sport and Media, Local Live Performance Scheme and were filmed in the County from August to October.  They showcased many of the outstanding performers living and working in Laois, the county which nurtures their many talents. These are performers who have just been starting to re-emerge and perform again after extended lockdowns. The audience, at the screening, responded with great enthusiasm to the familiar sites and to the diverse range of performances featuring spoken word, music, song, poetry, dance and performance art and feature some well known performers including, folk legends Cua, renowned trad band Goitse, X-Factor contestant Seorisa, world class traditional dancers, Ciara and Jean Kavanagh and aean nós Singer Paddy Fitzpatrick. Poet and Aosdána member Pat Boran pays a very heartfelt homage to the Rock of Dunamaise, in his highly evocative film On A Wave of Light. 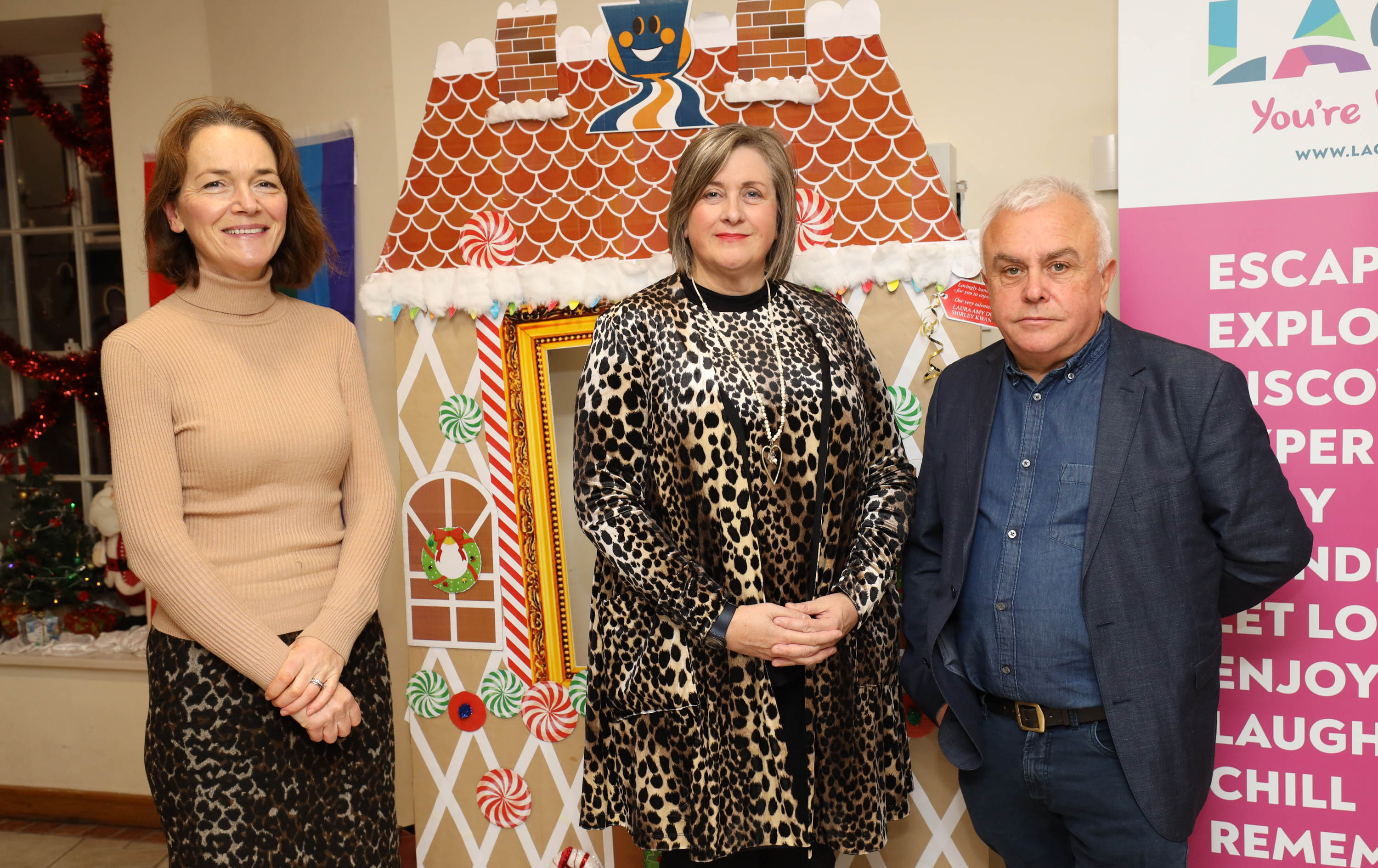 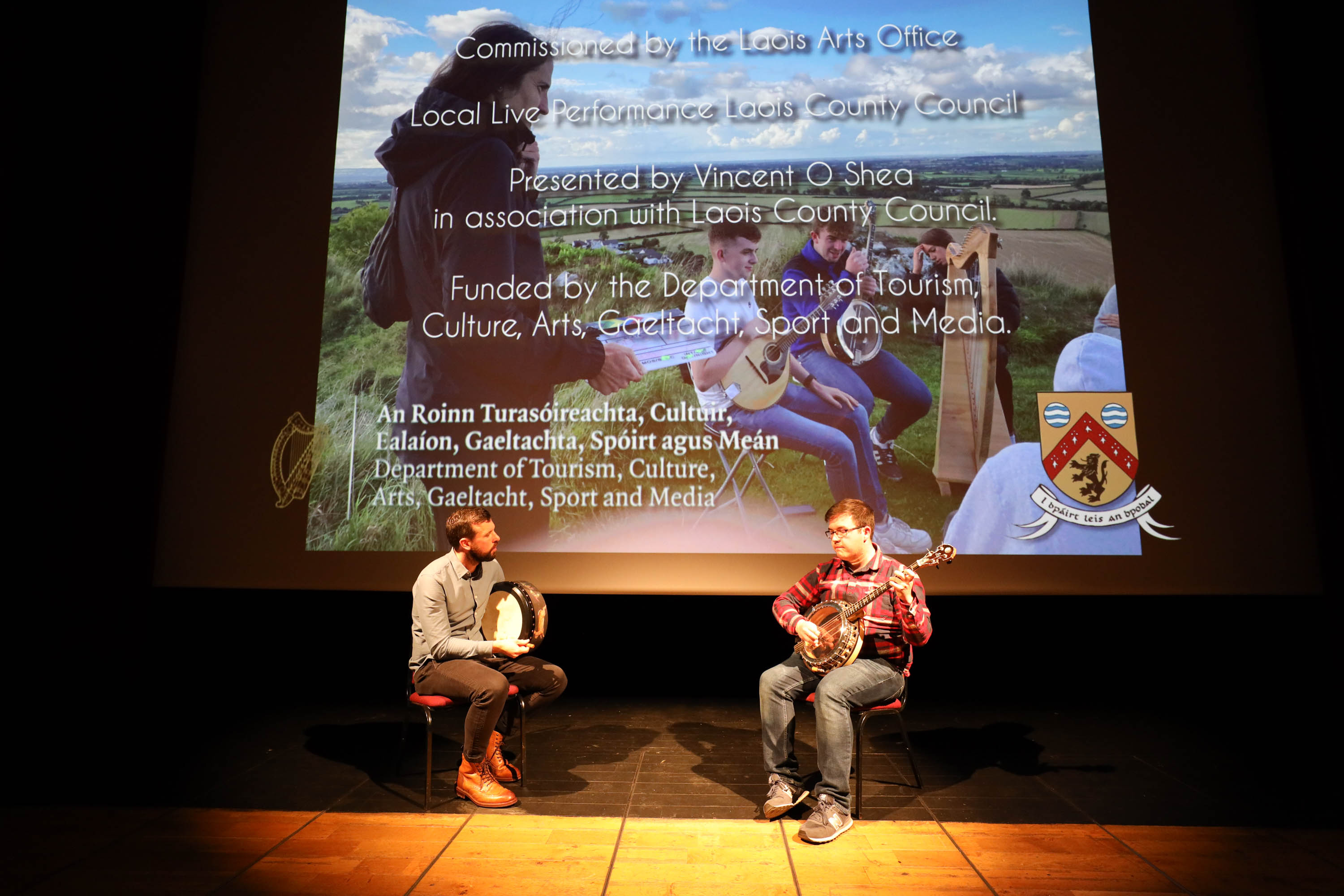 Muireann Ní Chonaill addressed the audience, highlighting the government funded Laois Local Live Public Performance  Scheme (LLPPS) and the County’s unique approach to the project which saw the production of performance films throughout the County:

“We celebrate the creativity and the collaborations the artists made with the film makers, and the wide showcase of the talent and  depth of artistic practice in Laois. The film makers rose to the challenge of making performance films of long-term value to the artists, as they relaunch their work in a public forum in these challenging times, which have hurt the creative industry so much. The films highlight the deep connection the artists and performers have with their locale, and their pride in identifying with the County. I hope that the artists and film makers found the experience a fruitful one.”

In similar sentiments Leas Cathaoirleach  of Laois Co Co John Joe Fennelly expressed his congratulations and gratification at “seeing our performers and our county showcased in such a beautiful way; introducing the great outdoors, the Slieve Blooms mountains, the public gardens, the bogs, and the rich built heritage and monuments we have in our county to a wider audience.” He also took the opportunity to announce that Laois would benefit from a second round of funding under the LLPS scheme, which would see many more opportunities to support performers and provide live entertainment in the coming weeks.

The films are available to watch online @……..Further information available from Vincent O’Shea 0872384599