A major new plan to guide the conservation and presentation of the 16th Century Fort Protector at the heart of Portlaoise has been launched. The plan, which was created in a partnership between Laois Heritage Society and Laois County Council, with the support of the Heritage Council, builds upon several years of research, consultation and community engagement by a team led by Conservation Architect Richard McLoughlin in association with archaeologist Eoin Sullivan and Historian Diarmuid Wheeler. 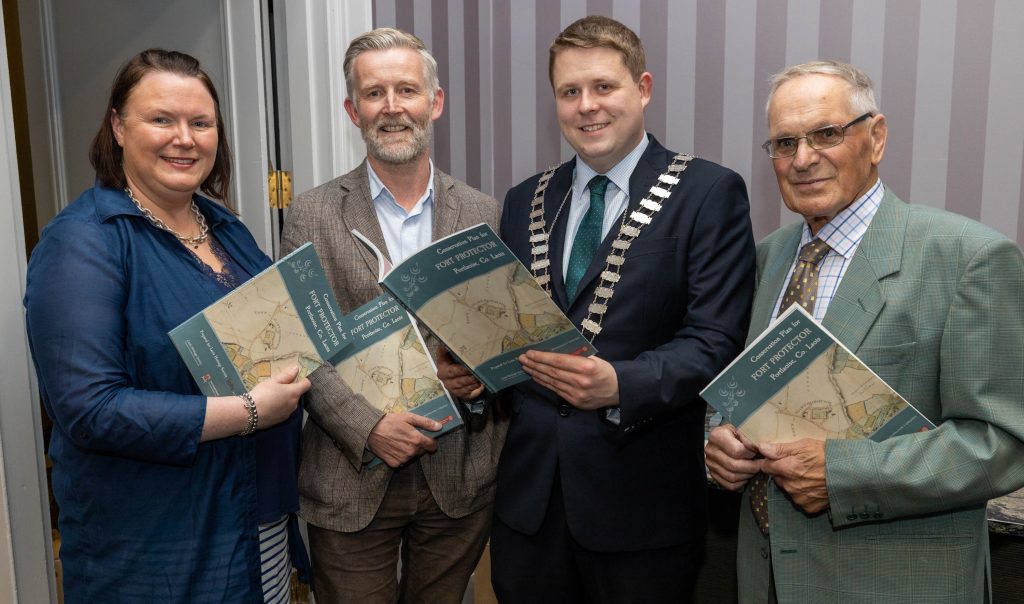 Speaking at the launch, Cllr Conor Bergin, Cathaoirleach with Laois County Council said “This is just one example among many, of a project where the initial support of the Heritage Council facilitated Laois County Council to get a project started and leverage much greater exchequer funds, and I would like to express again our sincere gratitude to the Heritage Council for this.

“A project like this does not come together without a huge amount of work and I’d like to pay a special tribute to the Working Group of Laois Heritage Society who have been working for many years now on the conservation of the Fort Protector.

“Teddy Fennelly and Michael Parsons were the instigators of this plan, and they have put many hours of hard work and creativity on all the many parts necessary to get the plan to this stage – fundraising, research, practical conservation, conversations with property owners, development of policies, more fundraising and organizing awareness activities and events

“Their commitment, creativity, attention to detail and meticulous historical research have created a very special publication, and a very active and successful conservation project and they deserve our most sincere thanks and congratulations.” 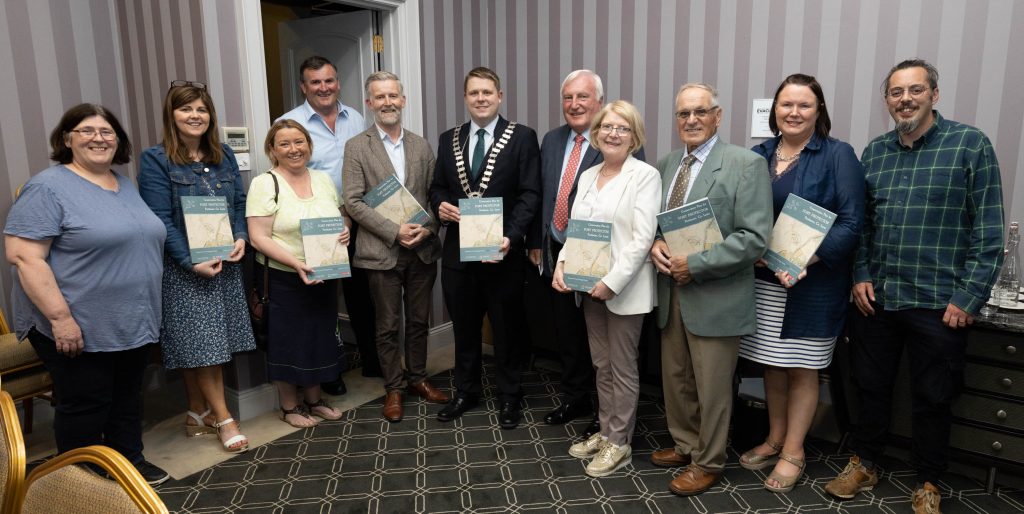 The meeting was also addressed by Teddy Fennelly President of Laois Heritage Society, Michael Parsons, former Chair of the National Heritage Council and John Mulholland Chief Executive of Laois County Council. Richard McLoughlin Conservation Architect with Lotts Architecture presented a fascinating history of the development of the Fort and the town of Portlaoise, through an examination of maps dating back to the 1550s. 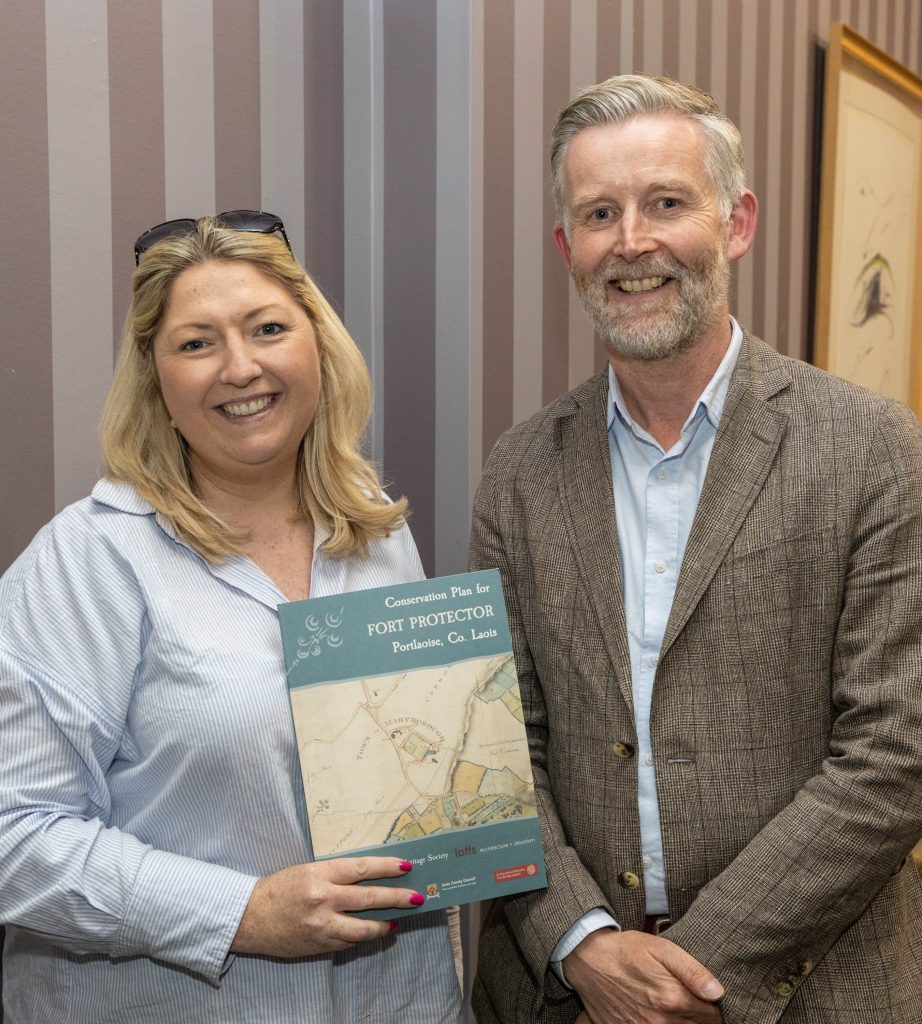 Cathaoirleach Conor Bergin paid tribute to the Project Team, Archaeologist Eoin Sullivan, Historian Diarmuid Wheeler and most especially Conservation Architect Richard McLoughlin, who gave so generously of their time, expertise and energy over the past seven years in bringing the plan to this stage with so much community engagement and involvement.

He continued “As we are here at the start of the Old Fort Festival, which brings with it a great economic and cultural boost for the town of Portlaoise, I think it’s important to acknowledge that the impetus for the development of the festival came from the Main Street traders after they were approached by Richard and the project team to discuss the importance of the Fort. It’s a great example of how collaboration with the community builds pride in heritage and allows the development of grass roots events that celebrate that heritage and the identity of the place. I’m delighted to see the range of family heritage events going on throughout the weekend for the Old Fort Festival and I’m particularly pleased to see that Old St Peter’s Graveyard will be open to the public each afternoon throughout the weekend. ”

The huge public interest in the Fort and the history of Portlaoise was evidenced by the large group in attendance and the wide range of questions posed after Richard McLoughin’s talk. Several speakers noted that the policies proposed in the plan have already started to be put into action, and it will certainly not be a plan that remains on the shelf, but is instead a living document. Information on projects undertaken to date is available here. 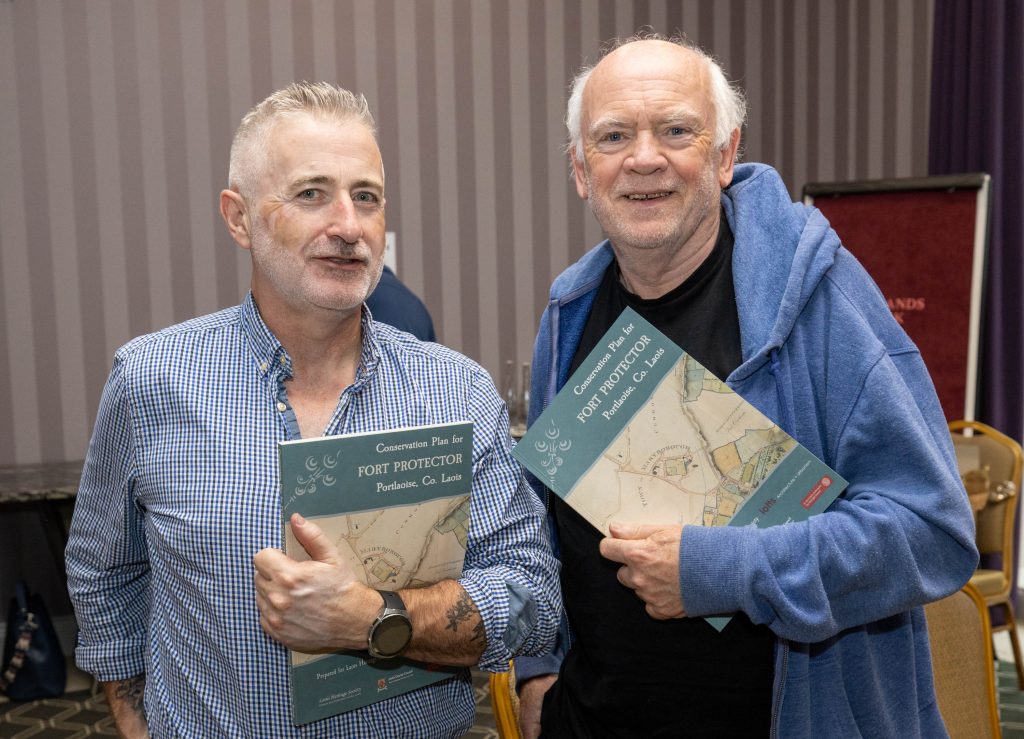 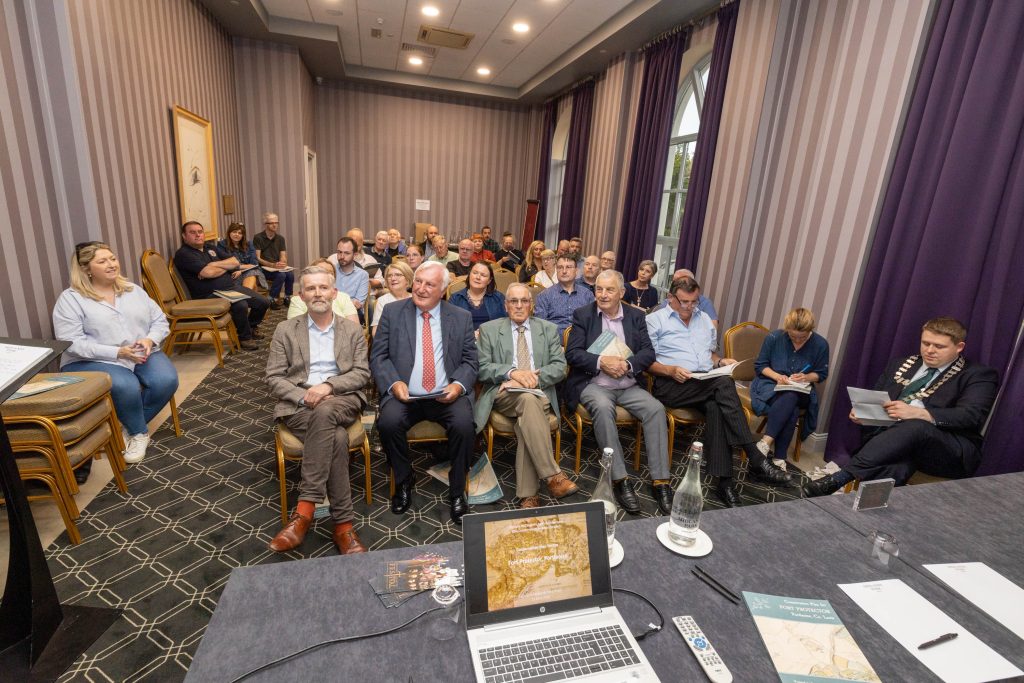 The Fort Protector Conservation Plan can be downloaded below, and hard copies are available for purchase from Laois  Heritage Society, Copies of the plan will be in the Portlaoise Branch Library.

The Fort Protector Conservation Plan is a Partnership Project of Laois Heritage Society and Laois County Council, supported by the Heritage Council. 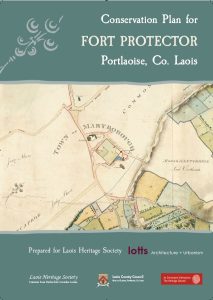