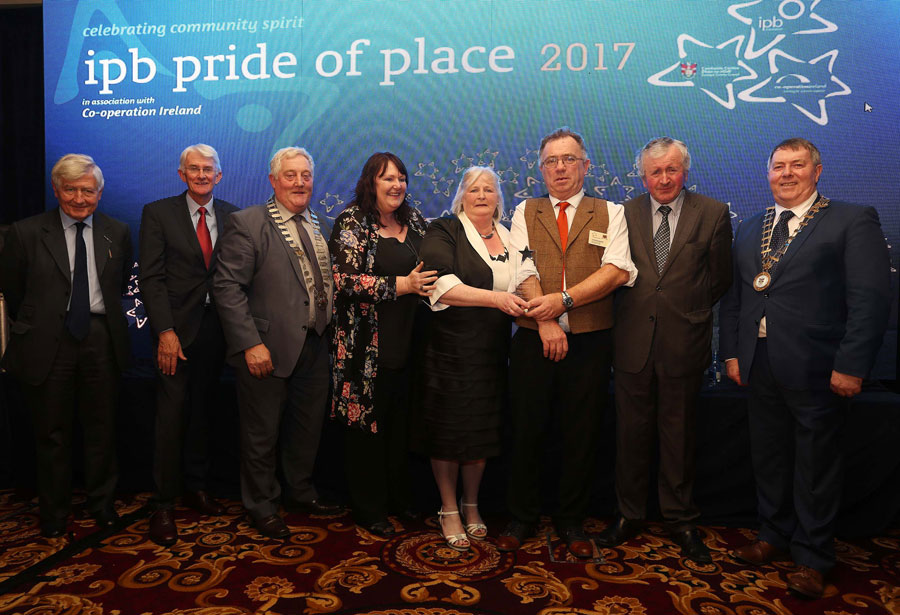 Kiln Lane Residents Association made up of residents from Kiln Lane, Clonbarrow and An Garrán estates in Mountrath are this week celebrating their amazing win at the IPB Pride of Place Awards hosted by Donegal Co. Co. and Co-operation Ireland last Saturday night in the Mount Errigal Hotel, Letterkenny. 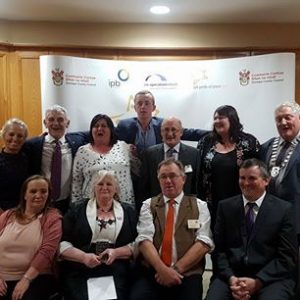 Along with the hard work of local volunteers, grass-cutting, maintaining the grotto, polytunnel and planting, they have organised very successful estate events, including a 1916 commemorative event and family fun days, all extremely well supported locally.

Educational efforts for young and old can be seen in their horticultural projects, poly tunnel and other programmes. Their community building houses a mother and toddler group and provides a space for activities including arts and crafts and Glee club. They opened their playground and games area in 2009. Housing up to three generations in some cases, this estate displays great respect for family legacy and commitment to ensuring the estate’s pride, illustrated by a number of local awards.

The Judges’ citation read as follows:

“On entering this winning complex, the judges were immensely impressed with the wonderful colour in the floral displays and flowerbeds, the neat and tidy grassed areas, open spaces and the absence of litter. The residents group caters for the needs of all age groups from toddlers to the elderly. It is gratifying to notice that the elderly are actively involved in all activities. The community building in the complex hosts a wide range of activities for children and young people and generally acts as a hub for all the activities in the estates. The residents association works closely with the Council and the estate is a great credit to the residents. Without doubt this winning entry is a very attractive and rewarding place to live.”

Congratulations goes to Rathdowney Errill community who also represented Laois in the population Category 1,000 – 2,000 and did their community proud!

The 15th annual IPB Pride of Place Awards in association with Co-operation Ireland highlights the commitment to supporting active community groups who undertake initiatives to improve their communities and regions.

The awards are the pinnacle of the annual competition, which recognises the work community organisations do for their local society. Each year councils and local authorities from across the island of Ireland nominate groups in their area, who they believe have made an outstanding contribution to supporting and strengthening their local community.

During the ceremony 49 awards were announced in the main competition, the cities competition and special awards, ranging from groups supporting small rural communities to those involved in large inner city housing estates. Donegal County Council hosted the evening and celebrated Irish musicians Donal Lunney and Paddy Glackin entertained the audience before the winners were announced. RTE presenter Aengus MacGrianna was MC for the ceremony, which was attended by over 800 people.

Sponsored by IPB Insurance, the Pride of Place competition was initiated 15 years ago through a Co-operation Ireland programme to acknowledge the invaluable work undertaken by communities and groups across the island of Ireland. It has grown into the largest competition recognising community development achievements.